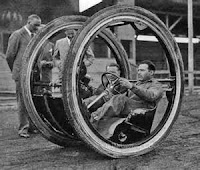 Both left and right drive motors failed, one after the other,  in January of 2016 on this Permobil M300 power wheelchair which is not even four years old.  I have replaced just about everything except three castor wheels and the metal frame.

Today I pulled up to my desk to do some work at the computer.  I did not turn the chair off.  Some time later I tried to back away from the desk but the chair simply swiveled.  The left wheel turned but the right did not.  No sound from the chair, no 'problem' indicator lights on the joystick controller; the chair simply would not drive in anything but circles.

I first checked that there were no obstructions caught up in the wheel; a throw rug has rarely become entangled.  My wife checked with a flashlight and verified that the wheel was unobstructed.  Next, I toggled the motors to manual so that they would be disconnected from the  the drive gears.  The chair rolled perfectly fine when pushed - again, no obstructions.  Re-engaging the motors did not reset them; the Permobil still turned circles.  Wiring harness seems secure.  Nothing else that I can think of which I could do personally.

It is as if the right motor simply does not get any electrical power, so will not turn.

This chair has not left the house since both motors were changed. It is used gently on hard flooring and low pile carpeting. Still, something breaks, jams or falls off every three weeks to a month.  I am not eligible for a new powerchair for another two years.  I'm sure my repair shop thinks I'm lonely and break my chair so as to have the company of the serviceman.  I'm certain my insurance company thinks I'm sabotaging my chair.  Nothing of the sort!! It is just an damn crappy product!!!

Service call is booked for tomorrow,  8:00 am Thursday, April 7th.  Can they fix it on the spot?  Is it a bum motor which has to be ordered from Tennessee again?  Do I have to balance my cup of coffee on my forehead to bring it back to my room using the manual wheelchair?  We shall see....

April 7th, 2016
Service technician arrives and inspects Permobil wheelchair.  First impression is that the new motor was defective and short-circuited internally.  On further inspection with measuring instruments finds that the right motor is getting a fraction of the power of the left motor.  Suspects that it is the 'computer' board module located within the base of the wheelchair.  Service person takes wheelchair with him to the repair shop.

Later in the day I get a call from the service repair supervisor who knows my ongoing problems with this chair and commiserates.  He informs me that the controller is indeed damaged and has to be replaced.  Once again, the item is not stocked in this city, province or country, and has to be obtained from the state of Tennessee in the United States.  He places a rush order on the part, however, from previous experience, even with faxed orders and courier shipping, I will be wheeling manually for the next four to five days (as a weekend is near).

Then 'the second shoe drops' -the cost is about $650 Cnd.  My insurance company must love me... 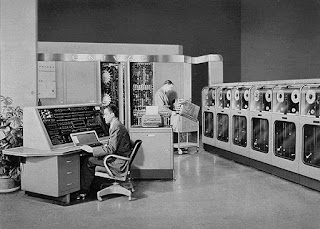 With no on-board computer controlling the electrical distribution to the motors, I ain't going anywhere!

So, for the last two weeks I have been rolling around using my manual chair, patiently waiting for the part to arrive from Permobil in Lebanon Tennessee.  In the first four months of this new year of 2016,  the Permobil power wheelchair has been inoperative for one full month -One quarter of the time, it has not run this year!!

Motion specialties has been great in ordering parts and making the repairs - unlike Shoppers Home Healthcare (Shoppers We Don't Care).  I would expect that by faxing or e-mailing "rush" orders, and overnight courier shipping, that the part should arrive here in Ontario quite quickly.  Now approaching two weeks without and update, I call up Motion Specialties and find out that the part, the electronic controller module, was turned back at the border.

This is a controller board for a wheelchair!  I'm not purchasing computer modules for Syrian missile guidance systems!!

I hope that Permobil U.S. can fill out the paperwork properly this time.

I've been promised the wheelchair tomorrow, a full two weeks after calling for service.  The replacement controller module has been priced at $650.00 Cnd.  To repeat, in the first four months of this year, the Permobil has been nonoperational for one month or one quarter of the elapsed time.  The two replacement motors and now the controller module have added up to over $3250.00 in repairs for a wheelchair that is now only approaching four years of service.

I should have ordered a new joy stick at the same time as it, the steel frame and three of four castor wheels are all that remains unchanged from my original purchase!

What a piece of junk!!

The controller arrived from the U.S. and was installed by my repair service technician at their shop.  However, after the chair was returned to me, I discovered that the module hadn't been programmed properly.  Previously my chair had five power or speed settings however it was returned to me with only the first two speed options available.  This is fine around the house but not if I were to take this chair outside for a longer trip.  This was the fault of my service provider and not Permobil.  My wheelchair service provider, Motion Specialties, quickly sent another technician to adjust the computer program so as to deliver all five power/speed settings.

One issue that could not be adjusted was the automatic  power shut down. Previously I could leave my chair powered up all day.  Now the chair's power controller turns the chair's power off if the chair is not moved in 30 minutes.  While not a big deal, I do find this annoying.  I often work at my desk, working on the computer etc. where I may sit for a period of time and then adjust my position for other tasks or better accessibility.  I now reach for my joy stick and find the chair turned off.  I have to start the chair up again and wait for some 5 seconds for it to go through its self check before being able to move.

Perhaps Permobil believes the shut-down feature is for safety. I really can't see how.  As for power consumption -when left on, all the battery powers is a small LED indicator light showing that the chair is on.  This LED light could not drain the battery if the chair was left on for a full year!

Just annoying as your car might be if it shut off after a certain period of time stuck in motionless traffic jam or at a slowly moving drive-thru service.  The 5 second self check is also annoying.  While that time does subtract much from my day, it is nevertheless annoying.  Just imagine if every time you wanted to stand up you had to wait five seconds from initial thought to action.  That would piss you off too...