Permobil is Rollin' Again...But For How Long?

Saturday September 24th, 2016, ~ 9:00 pm -Permobil power wheelchair breaks down as it can only pivot in circles around one wheel indicating it is not getting power or is inoperative (broken).  Problem identical to previous motor breakdown where motor was grudgingly replaced by Permobil U.S.

Tuesday September 27th, 2016, ~12:00 pm - Service technician arrives and is well familiar with this Permobil 'piece of junk' that I own.  Doe's not bother looking at it in my home but takes it straight to the shop.  Will try to get loaner chair for Wednesday.

Tuesday September 27th, 2016, ~04:00 pm - Service technician expectantly arrives at my door with my powerchair.  Motor power cord was unplugged and plugged back in which appeared to reset the motor so that it runs again.  Shows me where, under the rear plastic housing, the cable can be located.  If this were to happen again I am to have someone unplug and re-plug the cord connector to hopefully reset the motor yet again.  This is good to know and fine if someone is home to help me as I cannot reach that low on the rear of my chair.  Currently I am home alone for an extended number of days.

Thursday September 29th, 2016 - Chair continues to run but I have no faith in its continued operation.  If it cuts out again, I cannot reset it until without calling someone up to come over and do so. I feel like I'm walking driving on egg shells waiting for the Permobil to break again! 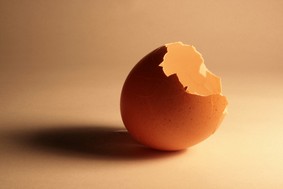 Regardless -why did it stop working in the first place?  The two identical times this left motor stopped working, I was sitting at my computer with the power still turned on.  I drove up to my desk without any indication of a problem but when I tried to reverse, the chair pivoted around the 'dead' motor side.  I could only turn in a circle.  The chair stopped working when not under any load.

After my retirement, this chair has been used exclusively indoors between three rooms, four if you wish to include my tour around the washroom.  One floor surface is linoleum type tiles while the other two rooms are a very flat, low pyle carpet -hardly a source of great resistance.

So, I currently am riding a Permobil power wheelchair which may stop operating at any time without notice and my service provider does not know how to correct this problem (other than rooting around the cabling and plugging - re-plugging) and Permobil head office in the U.S. cannot care less!!

I have almost a year to go before I can replace this piece of junk and you can bet it will not be a Permobil!!


Permobil Thinks I Have Money To Burn!!
Well, I spoke too soon!  Do you believe in a jinx?  Did I jinx my chair by noticing it was still running?  I started my previous post on September 21st by saying my Permobil M300 was still running after both Right and Left Motors were replaced earlier this year and the Left motor was replaced twice.  That's right - three new motors since January of this year.

This evening my chair again stopped working in an identical manner as last time.  I try to back up from my work desk and the wheelchair feels like it is struggling - like something is caught in one wheel binding them up.  The chair will not back-up straight, but turns, and turns sluggishly.  One motor is not engaged (left I think) or perhaps does not receive full power.  As a result the working motor pivots (pushes) the chair around the non-powered tire.

I disengaged the motors (manual mode), then re-engaged them hoping that resetting them cure the problem. Nope!  There are no indicator lights on the joystick flashing error codes.  One motor is either damaged (unlikely as this is the second replacement).  At the end of last year the control module died requiring its replacement.  Could it be that the new, replaced controller unit has a fault that shows up periodically?  Is there a power distribution problem in the Joystick itself?  Where can this problem lie?

One of the motors failed just past three months after it was installed.  Three months is the length of Warranty Permobil offers on their fine product.  If not for the persistence, and insistence of my repair shop supervisor, I would have had to fork out another $945.54 Cnd.  Now it appears as if the same motor has failed yet again.  It was installed on August 6th of this year so it appears to have broken after about six weeks of operation.  Will my repair shop supervisor have to fight to get this motor exchanged for yet another (3rd), if it is indeed the problem.

I can stand up.  Permobil knows I can as their sales person had the fold-up foot rest made specifically to fold beneath the chair, clear of my legs.  On standing, I brace against the chair and the motor brakes keep this chair from rolling back under my pressure.  Could that be damaging some component, perhaps the motor brake?  I stood with my old Quantum without any problem.  Permobil's sales person was eager to sell me this chair - so eager they outright lied to me on another issue.  Could it be that this chair's motor brakes are not strong enough to brace me and become damaged.  Why would someone sell me a chair that is not suitable for my needs if this is the case?  Pure greed, I imagine. 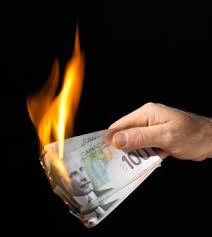 This Permobil powerchair has not left the house since the last motor was installed.  It travels between three rooms -four if you count the washroom.  Every part except for the steel tubing frame has broken and or been repaired/replaced.  Repairs have cost more than I paid for the chair in the first place.  I feel that Permobil owes me a grovelling apology and a brand new replacement chair.  Another chair manufactured by anyone but Permobil.  They think I have money to burn!!!

Permobil Chair has not broken down in the last month.  I find that surprising.

What changed in year nine post injury to cause those massive 'Atomic' spasms to begin.  Previous to year nine, spasms would occur, most commonly in the evening, then run their tormenting course and leave me alone until the following evening.

In my ninth year - post injury, spasms still occurred during the evening hours but now they were so powerful and violent that I felt I was being disjointed - femur ripped right out of the hip socket with each massive spontaneous contraction.  The pain is excruciating!! 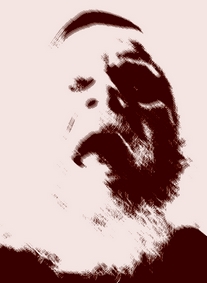 Prior to year nine, spasms primarily occur in the evenings but once they dissipated and died off, the would allow me to sleep uninterrupted until morning.  Now they can also occur, most often between 2:00 am and 4:00 am.  The generally do not wake me. I wake on my own to shift and change position which tends to trigger them.  Once started, they build in frequency and intensity until they die out, most likely hours later.  It is impossible to sleep or get any rest for that matter when one leg or the other (left is the worst) contracts so violently that it threatens to pitch me from bed.  You also can't use a laptop or read or do any other meaningful task while they are throwing you about.

My wife is out of town currently for an extended stay which now allows me to let out those screams of painful torment when my left leg tries to tear itself from my hip-joint.  The sciatic nerve also becomes either pinched or stretched adding further misery with each contraction.  Contractions every 3 to 10 seconds, violently, painfully, for hours on end.  It feels good to scream rather than to clench my teeth and grimace from a pain that brings tears to the eyes.

I feel that any effect the Baclofen had on my spasms has been lost. Do I find some neurologist and request a Baclofen pump?  It seems that the only ineffective treatment is to constantly increase the dosage.  An every increasing dosage that races your increasingly resistant pain to your most welcome grave.

I slept through last night.  The two nights previous, spasms kept me from sleep - both days between 2:00 am and 4:00 am.  Daylight doesn't wait!  What will tonight bring?

I stopped living long ago.  I exist...