Quite Frankly, I'd Rather Be Waterboarded

Though I've not had the pleasure, perhaps I'd rather be 'water-boarded' than to experience paralytic spasms. 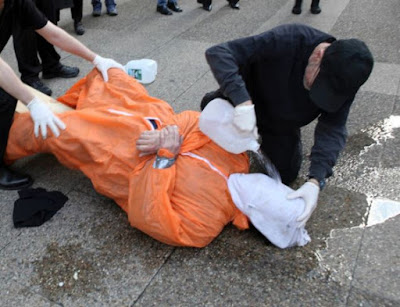 When your torturer 'water-boards' you he will eventually stop or he will kill you.  Either way your torment has an ending.

Spasms are a nightly torture which will continue unabated for the remainder of my natural lifetime!  And so you find yourself praying for a short lifetime. 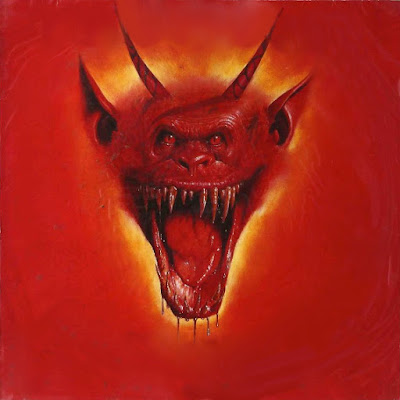 Spasm can visit me any time but he most frequently arrives in the evening or night time.  A ravenous beast who bites my leg hundreds of times a second as his burning saliva saturates the limb.  Spasm then mercilessly begins to yank on my leg, lifting it up in the air and throwing it back down, over and over and over again--usually for hours on end.

I have tried to describe the accompanying feeling which Spasm delivers to my limb but no description can adequately impart the extreme creepiness which makes you want to jump out of your own skin...but you are paralysed and cannot jump!  There is no way to describe or impart to those who are able-bodied, that awful creepy feeling that accompanies the spasms.  The words have not been invented!

I have to wonder if my spasms differ from others who have become paraplegics by other means such as accidents or stroke?  When the spinal cord is severed the nerve pathway is cut.  I acquired my injury through a bacterial infection in which the toxins and enzymes produced by the organism short-circuited my spinal nerves as would removing the insulation from a bundle of wires.  I suspect many of my pathways are intact but heavily damaged.  Signals get through but with the motion, the pain and the reflexive spasms.

I am taking the maximum dose of Baclofen for the spasms but as noted elsewhere in this blog, the drug has never had much of an effect on the spasmodic contractions I experience.  Baclofen's only effect seems to be reducing some tightness.

Perhaps downing the entire pill container with a Jack Daniel's chaser would have some effect?

I have never had much confidence in any of the doctors I've had, both pre and post spinal cord injury.  In fact I believe my injury could have been lessened with a more immediate and aggressive response.  My lack of faith in the medical profession prevents me from seeking further and more radical treatment.

When experiencing Spasms, you cannot concentrate or become involved in something as simple as reading a book.  The creepiness robs you of your concentration and you cannot keep you place on a printed page with continual spasms.  You can only lie there and stare at the ceiling -- cursing God for your own existence.

While Paralysis will rob you of mobility, Spasms are what robs the quality of your remaining life!

*Unauthorized use of Les Edwards art from Uriah Heep's album 'Abominog'
Posted by Yuri at 12:35 1 comment: Links to this post