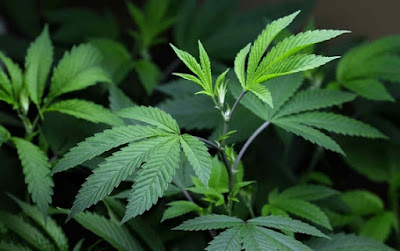 Just think if Aspirin gave a buzz in addition to relieving headaches.  You might be accused of wanting a high rather than just trying to stop you head from pounding.  You may never have seen it  in your medicine cabinet. 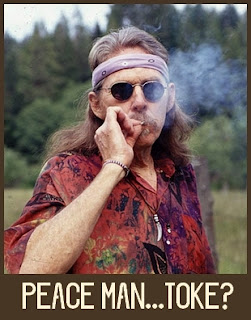 Why are governments, health advocates and doctors so reluctant to accept marijuana/cannabis as a potent legitimate medicine which just happens to have pleasurable side effects?  High-browed officials exhibit shortsightedness and prejudice simply because the substance may have first used recreationally.  Governments and much of the medical establishment see tie-dyed draped, head band wearing, long haired hippies toking away on a giant doobie whenever they hear the word “marijuana”.   “Far-out, man!”

I grew up in the 1960s and many of my idols were of that generation indulging in ‘free love’, psychedelic music, and ‘high times’.  Jim Morrison of the Doors was notorious for always being high.  Paul McCartney of the Beatles was arrested for carrying ‘pot’.  Jimi Hendrix smoked marijuana and died the victim of harder drugs.  My immediate friends all smoked dope and peer pressure was always there to join in.  Yet I resisted and got through the ‘60’s (and to the present) without sampling the wicked weed!

As a victim of a spinal cord injury in 2006, I have lived every day since with severe neurogenic nerve pain, a sensation almost impossible to describe with any accuracy or degree of severity.  Along with the intense and constant nerve pain are the paralytic spasms causing limbs to rhythmically contract and relax, sometime violently, often for hours on end.  There is also the rigidity or tightness (tone) in the affected muscles impedes motion and restricts flexibility.  Marijuana’s primary active ingredient of Tetrahydrocannabinol (THC) and perhaps other constituents has been shown to have a positive effect, reducing all these symptoms significantly.

While I survived the 1960s without trying marijuana,  I would light up immediately if I could get relief from the extreme pain and extensive discomfort I have lived with every second of every hour of every day for the last ten years!!!  Yet how do I approach my doctor for a script, a prescription when many do not wish to get involved or become “pushers”.  How do you shop around for an open-minded doctor when so few physicians are taking on new patients during the doctor drought in my province?  I too have listened too intently to the negative hype and feel embarrassed to ask?  Yet if I could only get some relief!!!!

A National Post article[i] of October 30th, 2011 reports on a Canadian Medical Association Journal study from 2011 that involved 21 patients with neuropathic pain — a common and dreaded condition that causes electric, stabbing pain found that smoked cannabis at low doses reduces pain, improves mood and helps sleep, without making people high. All had “refractory” pain, meaning pain that had defied all traditional treatments.  For patients for whom the treatment works, cannabis can achieve about 30 per cent reduction in pain intensity.

A Toronto Star Article[ii] of May 14th, 2012 relates a University of California study which found that marijuana helps relieve pain and muscle tightness in Multiple Sclerosis (MS) sufferers.  Smoking marijuana can relieve muscle tightness, spasticity (contractions) and pain often experienced by those with multiple sclerosis, says research out of the University of California, San Diego School of Medicine.

As you can see, paralysis victims suffer many of the same neurological symptoms as MS sufferers.

Continuing: Rather than rely on self-reporting by patients regarding their muscle spasticity — a subjective measure — health professionals rated each patient’s joints on the modified Ashworth scale, a common objective tool to evaluate intensity of muscle tone.

The researchers found that the individuals in the group that smoked cannabis experienced an almost one-third decrease on the Ashworth scale — 2.74 points from a baseline score of 9.3 — meaning spasticity improved, compared to the placebo group. As well, pain scores decreased by about 50 per cent.

A Daily Mail Online U.K. article[iii] reports of a study published in ‘The Journal of Pain’ suggesting medical marijuana reduces the use of prescription opioids (up to 64%) in those patients battling chronic pain. The findings suggest that prescribing medical marijuana instead of painkillers, such as OxyContin and Vicodin, may help tackle the opioid epidemic that’s currently sweeping the United States (and other countries).  In addition to lower consumption of opioids, the patients in the study also reported fewer side effects from their medications. Furthermore, they reported an overall 45 per cent improvement in quality of life since using marijuana to manage their pain. 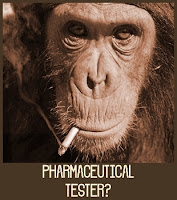 scale national evaluation of marijuana as a serious medicine which has been performed and recognized by government regulating agencies.  Perhaps the negative stigma is to blame.
The previously cited National Post article states that “No drug company wants to evaluate smoked marijuana as a medicine because there’s no money in it for them.”

Other problems remain even after medical and/or recreational usage is legalized.  Who will be eligible? Standardization -what dosage? Who can prescribe?  Can doctors opt out if dissenting? Who will be authorized to dispense the drug – drug stores or possibly liquor stores?  Medical or recreational –Taxation?  Will home grown plants be legal and allowed?

A London (Ontario) Free Press article[iv] from February 24th of 2016 relates: A staffer at the Organic Traveller store in London, Oakes said customers tell him they pay $12 to $16 a gram for approved, greenhouse-grown, poor-quality marijuana, when the street value of home grown is $10 a gram or less.  If people have the capability of producing their own medicine, and more cheaply, he said, “Why, in a free and democratic society, can’t we do that?”

The article goes on to say that Shoppers Drug Mart has shown interest in dispensing medical (and recreational?) marijuana when finally legalized and dispensing guidelines established.  I truly hope it will not be Shoppers Drug Mart as the total incompetence they exhibited in providing service for the wheelchairs they sold under Shoppers Home Healthcare has me cringe.  You can read about my problems in a previous blog post entitled ‘If You WantService Like This, I Recommend…’

How many people are we speaking of?  The previous National Post articles states that as of Sept. 30, 2011, 12,216 people in Canada held authorization to possess marijuana for medical purposes.  The above 2016 London Free Press article states that as many as 40,000 Canadians have prescriptions for medicinal marijuana.

I have a hard time accepting these figures as that would mean that the number of people who have obtained prescriptions for medical marijuana in Canada has increased by 28,000 people in the last five years.

Could we really be such a laid back, mellow nation with a bad case of the munchies?

One final note; in adults, marijuana has no serious direct side effects.  It is difficult to overdose on marijuana.  There has never been a proven overdose death directly caused by marijuana in humans.

(Stupidity yes, marijuana No)  You don’t necessarily have to get ‘high’ to reap the benefits.  Low doses of the active ingredient may be all that is required to substantially improve the quality of some patients.  Some have suggested that the drug might eventually be taken orally as a pill rather than through smoking.  As a lifelong non-smoker, that would be fine with me.

I’m stiff, I spasm, I hurt badly.  Where do I sign up for relief? 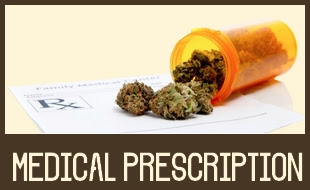