Permobil Facilities and My Thoughts on Quality


My Permobil M300 power wheelchair has been a DISASTER.  There is no other way to describe it.  I have had to replace just about every part on this chair which is now approaching only its fourth year of service.  With all the parts and repairs (excluding worn tires), this chair has cost me well over $4000.00 to repair since I purchased it.  That is just about my total cost of the chair after Ontario’s Assistive Devices Program (ADP) subsidization paid for three-quarters of the total price tag.  That is not a good deal for either me or ADP.

Is it in reality “built in obsolescence”?  Are products deliberately manufactured to fail after a certain point so that the product has to be continually serviced or replaced?  You bet they are!  Companies aren’t worried.  If I’m angry at company ‘A’ and now take my business to company ‘B’, there is someone who is equally mad at company ‘B’ and swears to take their business to company ‘A’.  Status Quo!  You can’t win!

Why does Permobil, and to my knowledge all other power wheelchair manufacturers, only offer one (1) year warranty on their products?  Do they really have so little confidence in their products?  Probably, knowingly, Yes!  Company 'A' would say "company 'B' only offers one year, why should we offer more"?  Collusion!  Why not be better than your competition and draw more clients?  Compete for excellence, not mediocrity!  No, stay the course as there is more money to be found in planned obsolescence and frequent repairs.  My repair service tells me that motors are not rewound;  $650 faulty circuit boards do not have the malfunctioning 1/100th of a penny resistor replaced -parts aren't repaired, they are scrapped -discarded as there is greater profit in selling the client a new part at full price!  So much for a green policy...

Companies will tell you that if they built a ‘widget’ that lasted 25 years, that the product would saturate the market and nobody would buy ‘widgets’ any longer until theirs broke.  The company would go out of business!!  So feel good about your broken ‘widget’.  By constantly fixing or replacing it, you are keeping your fellow man employed!  What an exemplary citizen you are!!

Why doesn't Permobil keep an inventory of parts for their wheelchairs here in Canada so that parts can be supplied in a timely manner?  Why?  Probably because the parts are outrageously expensive and they don't wish to have 'money' sitting on the repair shop shelf until needed. Idle parts on the shelf are parts not making money; siting on shelves where they take up more space (real estate) that translates into greater rent.  'Fulfillment on demand' is the current business strategy which benefits the supplier and rarely the consumer.  That's how MBAs earn their keep.

Not one proprietary part required for my many repairs was stocked in Canada.  I wonder how many Permobil powerchairs are in use in Canada?  (See bottom of post where Permobil has a Facebook page.  They had to have given themselves a '5 Stars' rating as at the writing of this post there was only one entry and that was from a fellow in P.E.I. asking why it takes so long to get parts!!)  Shame!

I’m cynical after my years on this planet.  I believe they think that their money is in my pocket and that they want it!!

Still, until this last time (motor power control module), the chair has always gotten me to where I was going.  It has never left me stranded in public (though some close calls).  Then why, some ask, are you complaining?  Well, if you bought a new car from the dealership and soon afterwards the doors fell off, the trunk wouldn’t close, the windshield popped off, hubcaps and trim were lost –would you still be happy if someone piped up and exclaimed “what’s the problem?  It still got you to your destination”.  Or would you just run them over with your chair? 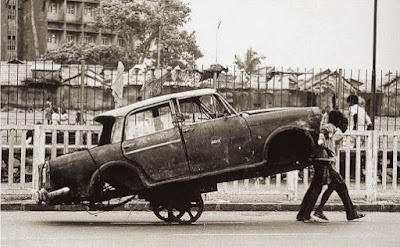 If Permobil feels they produce a superior product, then how do you explain my experience with their product.  A chair used almost entirely indoors on flat even surfaces?  My service person suggested the chair may have been manufactured on a Monday or Friday – implying that workers are either still ‘hung over’ from the weekend, or eagerly awaiting the weekend to get drunk.  I might have bought this theory if every component of the chair was made by the same drunk on the same day.  I strongly suspect that different parts are made by different facilities by different drunks on different days.

So, I began to wonder why every component that was required to repair my chair (except tires), had to be ordered from the Permobil facility in Lebanon, Tennessee, U.S.A.?

I look up Permobil’s Canadian address and am surprised that they occupy only one small unit in a tiny strip mall in Aurora Ontario, north of Toronto.  And this is the only Canadian facility!  From Sea to Shining Sea!!  It is probably the size of your local convenience store.  I suspect there is no room for parts inventory, but more likely, it is too costly for Permobil (or my service company) keep a stock of these overly expensive parts in Canada. 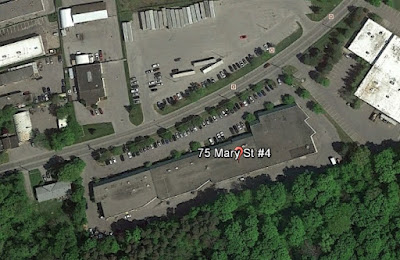 So whether you live in British Columbia on the west coast, or Prince Edward Island on the east coast, or like me in central Ontario, Unit #4 in Aurora is your Permobil source.  Coast to coast, if you need a Permobil part it will probably have to be shipped from the U.S. facility in Lebanon, Tennessee.

I thought I’d Google the Tennessee Permobil site to see if it is larger than a convenience kiosk.  Sure enough it does appear to be a ‘stand-alone’ dedicated plant. 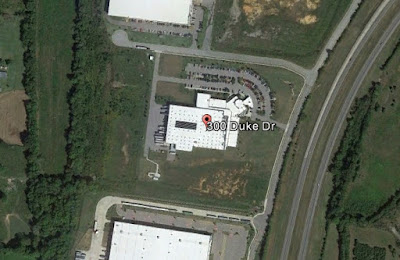 Permobil U.S.A. - 300 Duke Drive, Lebanon, Tennessee, U.S.A.
I really do hope that next time, as I’m  sure there will be a next time with my chair, they get the paperwork correct and the desperately required part is not turned around at the border as my power control module was.

I never had considered contacting them directly for an explanation.  Maybe I should..

Permobil Canada Website – very impressive, even if my Permobil M300 wheelchair is not.

Hello Yuri. I was trying to troubleshoot problems with my own M300 when I came upon this blog. I have had very similar issues, and my chair is only about 2.5 years old. If you visit that Permobil Canada Facebook page again, you will see that I have given it 1-star!