For anyone using a Permobil M300 powerchair and has had interest in my ongoing problems with my Permobil, I cautiously offer some optimism. 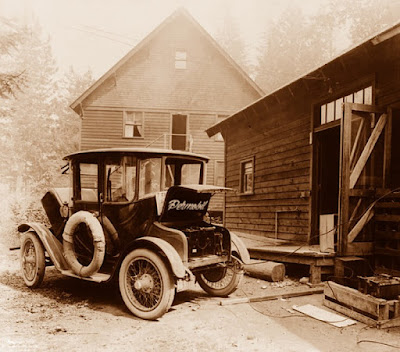 An earlier "clunker" to my Permobil M300; Note electrical cord plugged into rear of auto.

I am still involved in the process of moving from one house and city to another.  Having received the most timely offer of a Quantum powerchair by a friend, I was able to leave the Permobil M300 at my old house for use there while I pack and the Quantum at my new house - thereby not having to move powerchairs from home to home as I work at each location.  I save lots of room in the van in not having to move the chair each time; more room for packed items.

Over a year ago the Permobil's motors failed, one after the other - and one replacement motor also appeared to malfunction requiring its replacement.


More recently it was the power control unit (my term) which failed; the computer or controller board which distributes the power to the motors from the joystick commands.

Whenever I was at my old house using the Permobil, the powerchair would lose control of one motor.  With only one motor receiving power, all I could do is drive around in circles about that non operational tire. My technician contacted both Permobil Canada and the U.S. Permobil operation but neither had little interest nor solutions to my chair's problems.

My technician discovered that by unplugging the wiring harness' Molex connector to that motor and then reconnecting it - the system seemed to reset and become operational again.

This required someone to remove the rear plastic housing and unplugging/replugging the correct connector as described above.

This happened so often that I chose to leave the rear plastic housing off for ease of accessibility.


Okay - I promised some cautiously optimistic news on my Permobil M300.